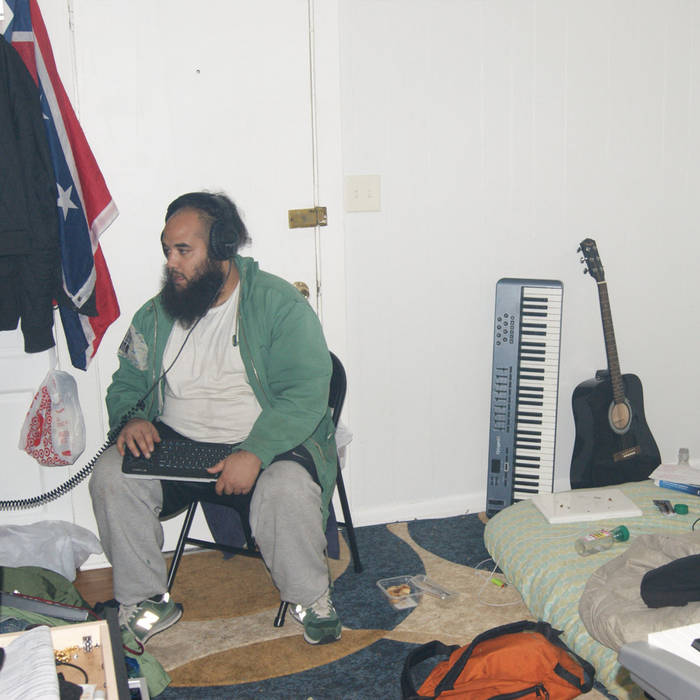 JPEGMAFIA and collaborator Freaky assembled The 2nd Amendment in response to the public tumult that has been bubbling in America for years and has so violently boiled over in recent years. The result is a darkly humorous, angry, pitch black, and acerbic, EP that is the embodiment of the notion that the only way to deal with an absurd world is to meet it with equal absurdity.
- Pigeons and Planes

If you talk to Peggy, the one thing you'll learn about him is that he is VERY protective of not only his skin color and those that share it, but of Hip-Hop and his image of it. There is nothing he hates more than rappers who aim to neuter it of its tougher and more offensive characteristics. He not only tackles this on the second verse of "#Trussmidaddi", but first single the cloudy black "I Might Vote 4 Donald Trump" feels like his and Freaky's sharp shot at rappers who seem coonish and materialistic enough to actually follow in on the act. "Rinky2K" and "Fatal Fury", one of the album's two double feature tracks, is bookended by people saying they wouldn't live with black people because of their ability to "run down their own neighborhoods", and is basically a critique on Nino Brown rap (drugs, money, women) and the stereotype of gaining big money off of drugs, only to end in a run-in with the police.
- Afropunk

The 2nd Amendment, far from being a gun lobby mixtape, is a simple call-to-action for brown and black bodies: arm yourself while it’s still legal. Largely produced by JPEG himself, the instrumentals deftly move between the spacier, anxious atmospheres of Communist Slow Jams and the aggressive, noisier beats of Black Ben Carson. Highlights include the twisted industrial surge of “BUMBOPUSSYRASCLAT,” the strangling noise bursts on “Xanny Davis Jr.,” and the fake real trap shit on “I Might Vote 4 Donald Trump.” Spliced in are all manner of samples that demonstrate an extensive command of his sonic archive. Video game samples (Urban Shaman’s cut has both Mortal Kombat and Metal Gear Solid), Ustream grabs, and R&B mutilations crop up alongside random screaming and voices distorted beyond recognition. Even when the beats are straightforward, the production is always fringed by chaos and is always in danger of breaking down.
- Tinymixtapes

Some acts try to shock, others are truly dangerous. When JPEGMAFIA and Freaky teamed up earlier in 2016 for their "I Might Vote 4 Donald Trump" music video, they did what so few artists are capable of - they transcended shock, skipped right over soap boxes, and went straight for being the true embodiment of all the tension and trauma of contemporary America. Their full album just gets even more intense and eloquent from there. Most powerful artists in the game.
- Deathbomb Arc

JPEGMAFIA x Freaky are the dark side of rap, one that task speakers vitriolés samples and daily grime, where words like slamming gusts of machine guns. Contemporary prose of an evil that eats away the planet, reflecting a youth driven by his peers to survive more than to live, supported by a production that drips and seeps through each rhythm, conveying chaos and disorder, fractures and visceral bursts the image of the iconic
- silence and sound.

This is hip hop as high art: confrontational, outspoken, politically-charged, offensive, and a reflection of what's going on in society. This is the first hip-hop album that I've heard that I feel is completely in the here-and-now and not trying to recycle history. It openly grounds itself in the present, because, given the current social and political climate, the present should act as a catalyst for the creation of powerful art more than ever.
- Camryn