by SB The Moor 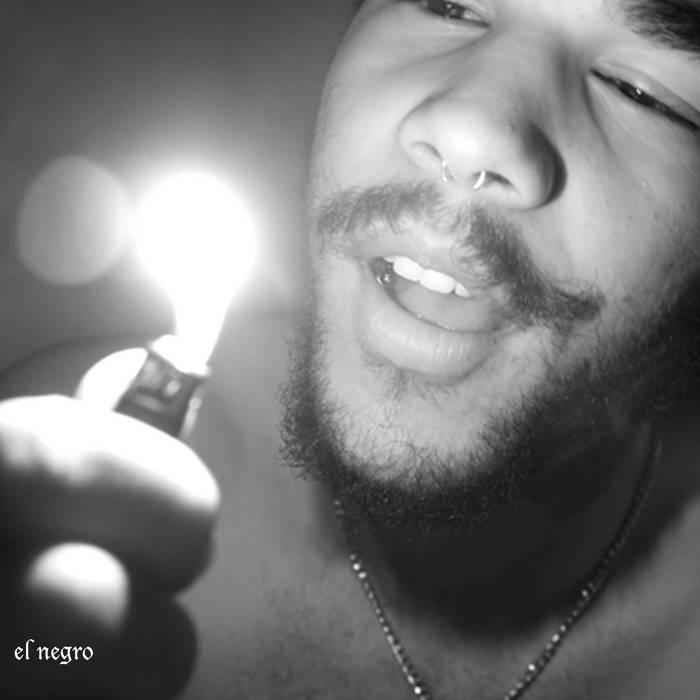 november Jeez, this shit is good. Blew my mind when I first heard it. Favorite track: .//End.

Combining virtuoso rapping with his background as a multi-instrumentalist, Signor Benedick The Moor creates music that
effortlessly taps into the sound of many genres. The theatricality
of his Shakespeare referencing name reveals itself most in his
complex, lengthy, and heady compositions. Making an impressive
debut at the age of just 19, he immediately captured the attention
of The Guardian UK & The Needle Drop. Deathbomb Arc’s formal
release of ‘El Negro’ adds the bonus track “h8 everyone [Enter The
Black Prince]”. This hiphop tribute to pop goth groups like The Cure
is not only unlike anything out there, it is also Signor Benedick The
Moor’s catchiest track yet.

In addition to his solo work, he also works in the rap group True
Neutral Crew alongside Daveed Diggs of clipping. (Sub Pop),
Brian Kinsman of Foot Village (Northern Spy, Fat Cat, Not Not
Fun), and Margot Padilla of I.E. (Deathbomb Arc).

“This dude’s got too much talent to be hanging in the underground too much longer, seriously.” - The Needle Drop

“impressively widescreen, big and brash and cinematic, the sort of thing you might hear accompanying a panoramic scene in a movie blockbuster.” -
The Guardian UK

“an uncategorisable, genre-jumping trip, woven at home with impeccable detail and instant likeability.”
- The Quietus